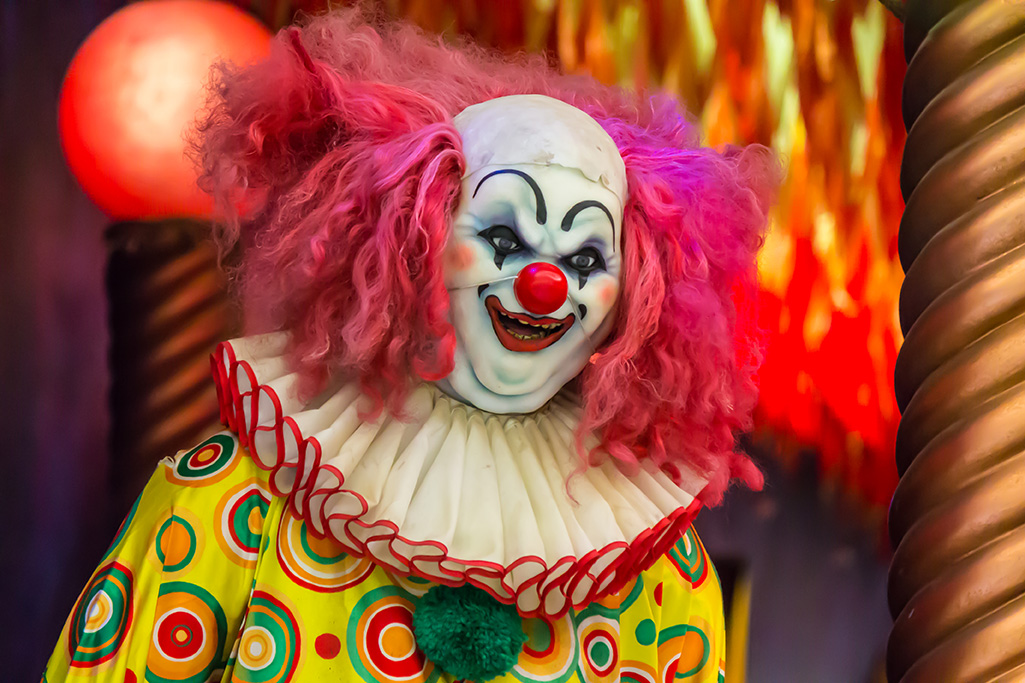 About 9% of the people in the United States admit to having some kind of phobia, but the actual number of phobia-sufferers is likely much higher. A phobia is defined as excessive anxiety when exposed to a specific stimulus. The trigger may be something like an animal, a situation like large crowds or public speaking, or other strange but common phobias, such as clowns. Apart from the elevated stress and anxiety, the sufferer may experience increased heart rate, heart palpitations, sweating, and dry mouth. However, the most crippling effects of phobias are that they cause the sufferer to avoid whatever stimulus is causing the anxiety, often severely impacting their daily lives. Many phobias disrupt a person’s daily life. 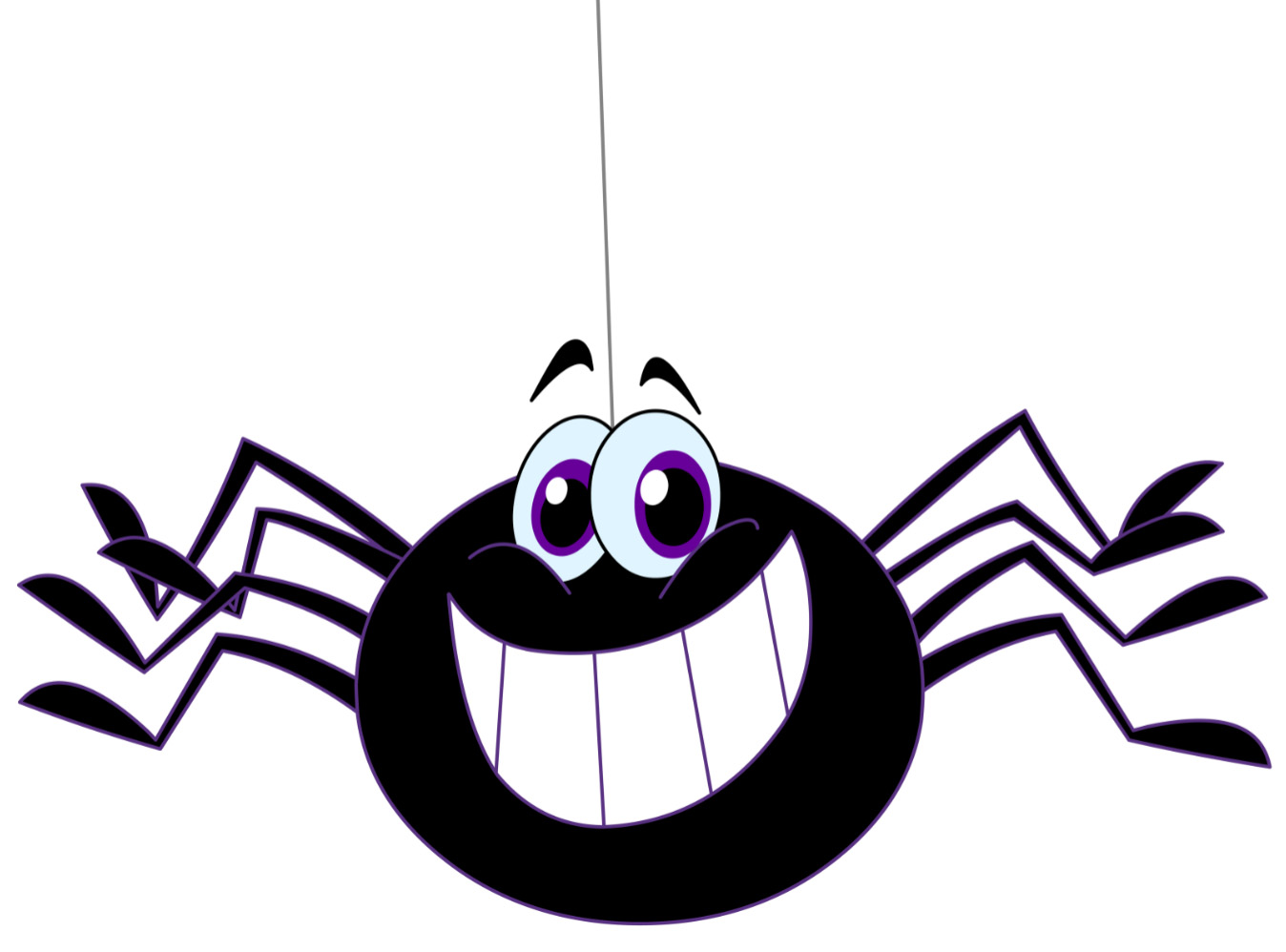 Exposure therapy has been shown to be an effective treatment for certain phobias (blood phobias, spider phobias. Because of this, ARET (Augmented Reality Exposure Therapy) has been designed. ARET is classified as Augmented Reality because it simulates the phobia stimulus in the real world, and it is certainly a more effective treatment than VR because the user maintains their sense of presence in reality, which allows the augmented phobia stimulus to seem more real, increasing the effectiveness of treatment.Some work has been done with using MR for the treatment of phobias, such as this study in treating cockroach phobia with augmented reality resulting in reduced fear and diminished avoidance. After the treatment, the participant was even able to approach, interact, kill live cockroaches, which was something that they could not even fathom doing before treatment. 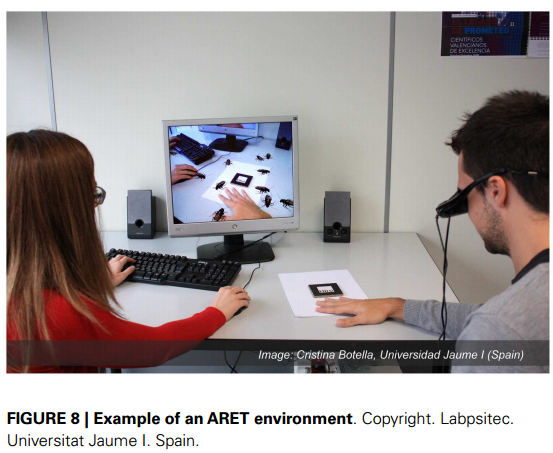 But how does the ARET works? for treatment of animal phobia it is fairly simple, only with the use of a wearable AR optical device and the appropriate program the physician in a progressive way asks the patient to use the device and go from watching the simulated phobia subject from across the table to the point when he asks to leave a hand in the table while the phobia subject is near; obviously this cannot be achieved in only one session but as we already learned the results are very promising. Other types of phobia treatment are not reported with the use of ARET such as Glossophobia (fear of public speaking) Keraunophobia (the fear of thunder and lightning) or even fear to larger animals, all of this because of technical restrictions apparently.

Phobia-treatment is one of the most well researched uses for Augmented Reality in Medicine. It’s been being looked at for nearly 20 years. However, we assert that these studies need to branch out—we don’t want to be stuck on cockroach phobias forever when this technology has so much potential! 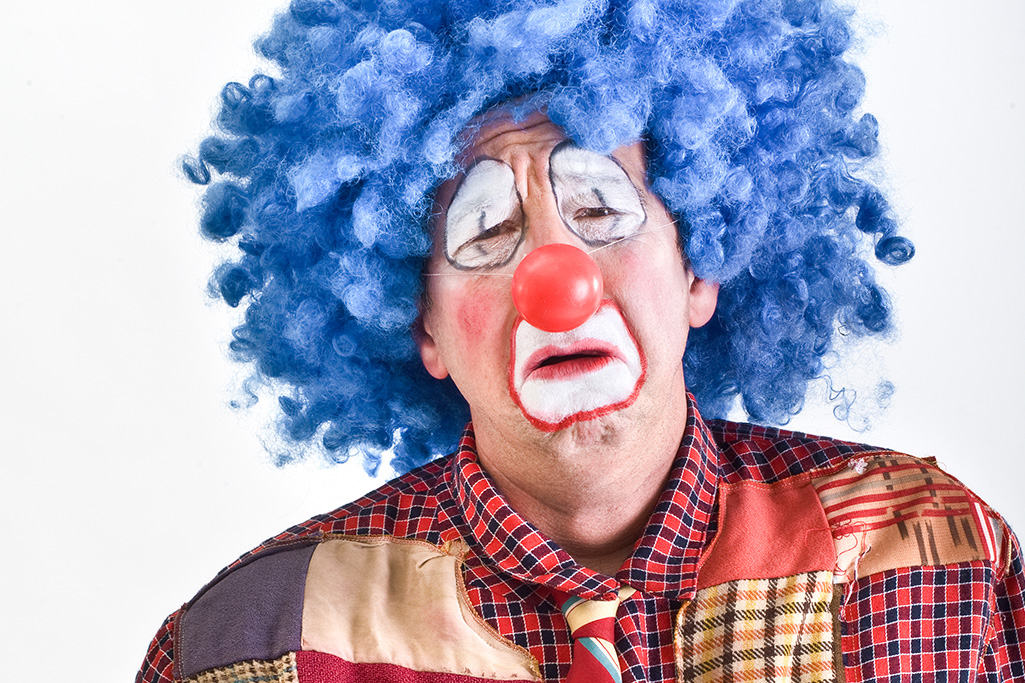 This clown is sad because people are afraid of him. Using AR to combat those fears would make him smile again!

AR and MR have applications in so many medical fields, phobia treatment being only the tip of the iceberg. It provides an affordable system that generates a greater sense of presence and more effective immersion than its VR counterpart. We certainly think that, with the right attention from researchers, it could be possible to see AR and MR making its way into the treatment regimens of phobia sufferers everywhere.

We hope to hear about new discoveries in this area in the near future. Tell us what you think in the comments section!