The Department of Gynecologic Surgery at the Centre Hospitalier de l’Université Estaing Clermont-Ferrand in France developed a groundbreaking technique that allowed them to blend MRI imaging with intraoperative laparoscopic images to use Augmented Reality to accurately localize small- or medium-sized intramural myomas during myomectomy surgical procedures.

In one case, a woman with a 6-cm intramural uterine myoma on the posterior part of the fundus underwent a laparoscopic myomectomy. Prior to the surgery, T2-weighted MRI images were obtained to delimit the serosa of the uterus, the uterine cavity, and the myoma.  For the 3D reconstruction; segmentation was achieved using an interactive segmentation software (Medical Imaging Interaction Toolkit; developed by the German Cancer Research Center).  A standard laparoscopic kit was used to perform the surgery.

Augmented reality software was activated during surgery to “fuse” the MRI-generated imaging with the standard monocular laparoscope images, enabling a real-time localization of a myoma with relative ease, which made the procedure less invasive and more effective. Small to medium sized myomas are potentially difficult to find during laparoscopy, especially when no deformation of the uterine serosa is present.  Often because of the difficulty in localizing intramural myomas, there is a relatively high recurrence rate 5-years after laparoscopic myomectomy (sometimes as high as 50%).  As such, any improvement to localizing intramural uterine myoma’s through Augmented Reality is a major breakthrough.

Every single effort to improve the quality of a procedure is a great step forward, and the simplicity of the components used on this procedure’s development is an example of how wit and innovation prevails over limitations.  Of course additional studies and follow-ups with these patients will be needed to ultimately determine the short- and long-term benefits of this new technique, but we celebrate the out of the box thinking of the team at the Department of Gynecologic Surgery at the Centre Hospitalier de l’Université Estaing Clermont-Ferrand.  We are very much looking forward to see what other exciting innovations in Augmented Reality aided procedures are in the queue of the gynecology team at CHU Estaing Clermont-Ferrand in France.

To review the surgical team’s report on this procedure, click here 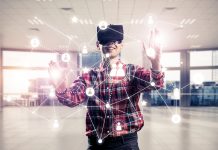 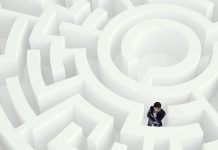