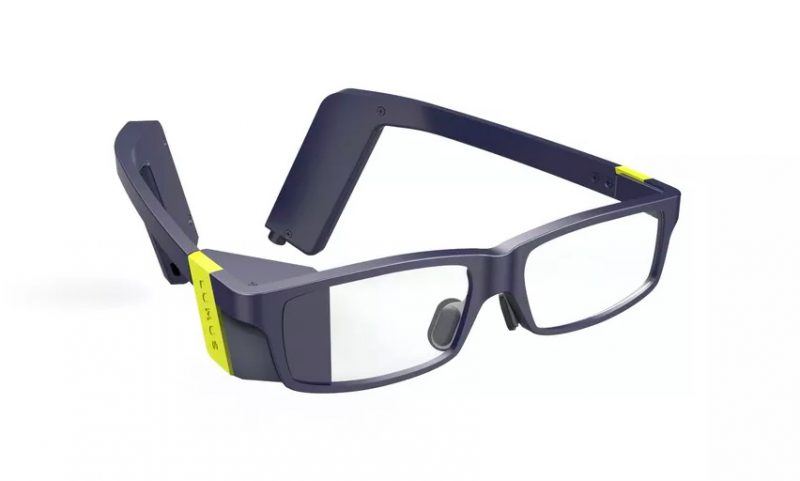 The Israel-based company Lumus is hard at work in the front lines of AR technology. Lumus recently raised 45 million USD toward the development of a series of new revolutionary AR eyewear products.

What makes these glasses so different?

Well, while we at ARinMed love AR helmets, Lumus is working on creating a wearable AR eyewear piece that will make it possible for the average user to wear in an everyday setting. While helmets are incredible functionally, they can be, admittedly, bulky. During a longer surgery, this could become irritating for the wearer. However, Lumus’ product is more akin to wearing glasses than a helmet. This is a critical step forward in the battle to make AR a must-have for consumers in the medical field and beyond. Not just surgeons stand to benefit from AR technology–businesses and individuals can all find ways to harness the power of AR. Just as the smartphone industry skyrocketed in success as they became more user-friendly, Lumus’ efforts in delivering high-quality, everyday AR products will mainstream the technology. The products that are heading that revolution include the OE33 and the OE50, two models of Lumus’ eyewear products. There are also prototypes in the works, like Lumus’ “Sleek,” each of which gets smaller, thinner, and less conspicuous. According to the Lumus website, the prototypes are working toward models that are wearable in everyday settings–with transparent glass in the eyepieces and “crystal-clear AR images” visible on glass that is as thin as 2mm thick. As you can see, there are no limits to where this AR technology can go! If you’re hungry for more information about this exciting technology–we are, too!–here is a video about what Lumus does with AR products.

So why is this so awesome? Many products have promised “smart goggles,” and we’re always skeptical, as most of them have not delivered. Either the product never sees the light of day, or the quality is not up to the standards that they promise. However, we’re willing to cut them a little slack: this is a monumental task, and like all good tech, takes time. Still, as AR glasses become more practical for everyday use, the implications in the healthcare field are enormous. We’ve watched as augmented 3D renderings of CT scans and intraoperative use of AR technology have benefitted medicine, and we’ve only scratched the surface of its potential. It is on its way to achieving the ultimate goal of both technology and medicine–improving people’s quality of life.

Another important benefit of AR glasses is for people with impaired vision. Products such as the apparently defunct VA-ST Smart Specs have worked toward enhancing vision for the visually impaired or even using sonar-like technologies for the legally blind. Lumus is bringing this sci-fi technology to our fingertips with things like these Maximus Glasses presented at CES 2017, which has a 55° display for one eye. While Maximus still has about a year and a half of research and development before it will be available for the public, the prospect of this tech being so close is almost surreal. To check out more about Maximus, click here.

Amazing, right? Each day we get a little closer to a world where these products are an integral part of our everyday lives. So, what does this mean for the healthcare field? It’s revolutionizing everything, from A to Z! Augmented reality has shown promise in everything from being a surgical tool to assisting the blind. With the proper funding and research diligence, augmented reality could one day provide a safe and affordable alternative to risky surgeries for people with visual impairments like myopia and hypermetropia, and potentially restore color vision for the colorblind and people with light-perception disorders and the legally blind. The possibilities are endless!

(While maybe Superman’s super vision is a bit of a stretch, we can dream!)

Here at ARinMed, we are devoted to bringing you reliable news about augmented reality and its role in medicine. We are also delivering an in-depth analysis of how developing AR technologies might change the medical landscape forever, and what that means for the average consumer.  We think that Lumus has the power to change lives. We hope to be one of the first in line to test the Maximus or the Sleek! Keep up the good work, Lumus.

Tell us what you think on the comments section!