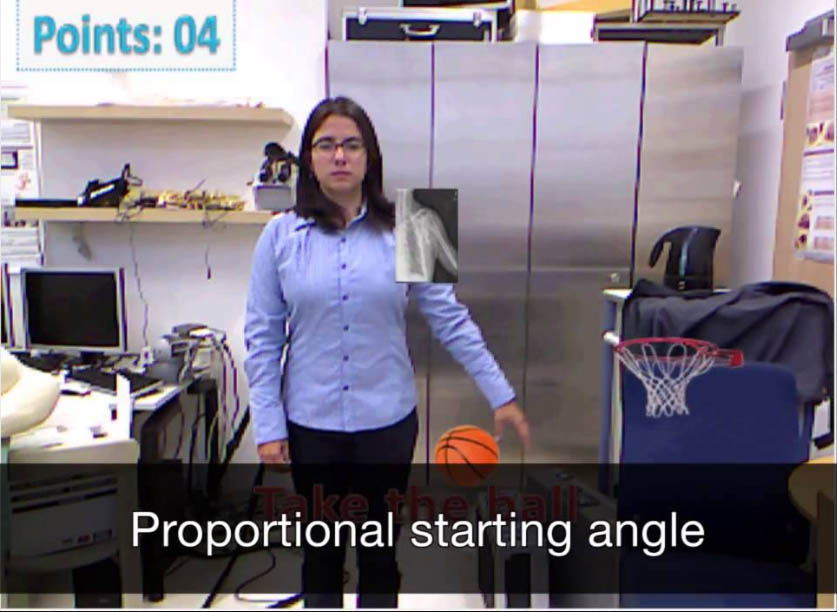 Interactive systems have always been an important tool for rehabilitation because of their abilities to motivate patients and to keep them focused on their exercises. As technology advances, these interactive systems become more advanced. Investigators from the Federal University of Pernambuco in Recife, Brazil are developing a gesture recognition tool for clinical rehabilitation, meeting international biomechanical standards (ISB) with augmented reality tools.

The ISB standards are important because they facilitate the construction of a database that can recognize and respond to different kinds of movement. The tool will be configured for each patient’s therapeutic needs through the Microsoft’s Kinect Skeleton Tracking Technology (KSTT), which will recognize and categorize sets of movements. The system being developed is called MirrARbilitation.  MirrArbilitation is focused on providing instructions for each exercise, motivating the patient, and keeping track of and assessing the patient’s progress.

These results were very promising, suggesting that AR can help motivate physical therapy patients. While Kinect rehab has been explored in the past, more studies need to be done before we can determine if this kind of system could be applied to physical therapy (and all exercise!) as a gold-standard. Increasing the ability of patients to exercise safely and correctly decreases their likelihood of injuring themselves and increases the benefits of their exercise, which increases their motivation, helping them to succeed in their goals. This is just one more advancement that AR has made possible. We will be looking forward to more studies on MirrARbilitation in the future! Tell us what you think in the comments section!